In 1986, to mark the 900th anniversary of the murder of King Cnut IV in the Church of Saint Alban in Odense, the Book of Cnut (Knuds-bogen) was published. The volume brought together specialists from several disciplines and shed light on different aspects on the life and cult of Cnut as king and saint. Since then, archaeological excavations in Odense, as well as recent national and international research on the cult of Saint Cnut, have provided scholars with new information about the life and times of Cnut. Furthermore, recent scholarship within medieval studies has resulted in a range of studies which allow for innovative comparisons with the Cnut material. 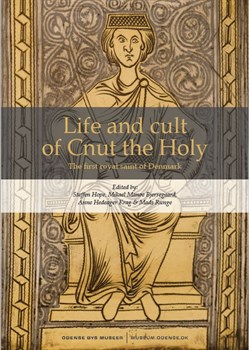 With the interdisciplinary seminar behind the present publication – arranged in cooperation between the research centre CENTRUM at Odense City Museums, Centre for Medieval Studies at University of Southern Denmark and the senior researcher Anne Hedeager Krag – we brought together both national and international experts. The aim was to bring forth new aspects of Cnut’s life and afterlife and to put these in a wider, international context. By doing so we aimed to lay the basis for future research about Cnut, and to form the basis for further dissemination of the latest discoveries pertaining to Cnut and his time. To be able to fully use the seminar as a groundwork for future research a printed version of the lectures is essential. In this perspective we are pleased that almost all speakers have had the opportunity to publish their lectures.

It is the hope of the editors that the present publication will have relevance for future research in the life and being of Cnut the Holy and other saint kings as well as their effect on the societies in which they functioned, both in life and in afterlife and thereby be a pertinent supplement to the research presented in the Book of Cnut more than 30 years ago.